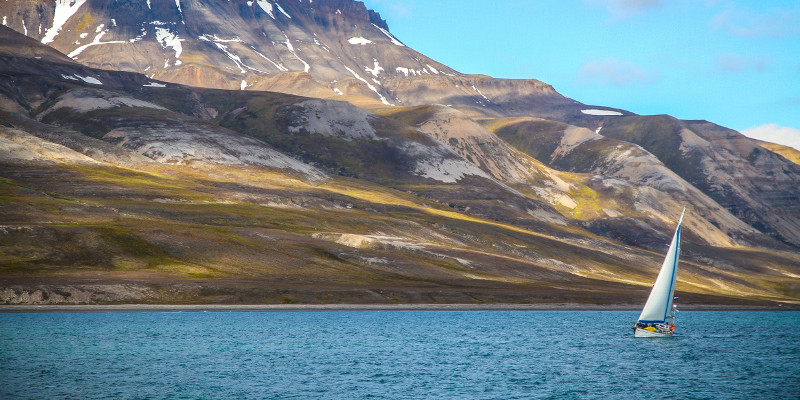 I’m in the process of obtaining my sailing license. I have passed the theoretical examination, the practical one is imminent. On Saturday the last sailing lesson should take place. So far, I felt very well prepared. I knew all manoeuvres and until then everything had always worked out well and the sailing instructor was satisfied. Only knots I still had to learn. One day before the appointment the sailing instructor called and reported that „our“ boat was not available this time. We could either postpone the appointment or let the lesson take place on another boat. Naive as I was, I thought, „It can’t be that different“ and saw change as a welcome challenge.

But then Saturday went differently than originally planned. I arrived at the jetty exhausted and late. Moreover, the boat didn’t look very inviting. It had clearly already had its best days. Besides, it was windy. Quite windy. Actually, I was glad. So far, the sailing lessons had always taken place in bright sunshine and almost complete calm. Zen sailing is what I called it. All manoeuvres could be carried out almost in slow motion. I wanted to have sailed in real wind at least once before the exam!

But when we were on the boat, which was smaller and much more unstable than the one we used to sail with, I was suddenly not so sure. The second manoeuvre almost capsized us. When we were alone – without the sailing instructor – to go through everything again (tack, jibe, buoy overboard…) and I was at the helm, panic seized me. All knowledge was gone. So, I turned around a bit lost on the lake and then headed back to the jetty. I just wanted to go ashore.

What had happened? It was just too much. The bad basic condition (rushed) in combination with two changes (wind and new boat). I probably would have managed to reconcile two factors, but all three together were one too many.

What could I have done? And why do I even report this story?

Even in everyday working life we often cannot influence changes. The desire that every change can first be digested, accepted and integrated into everyday life before the next one is on the doorstep is easy to understand. But that’s an illusion. We live in almost constant change. Nevertheless, there are always influencing variables that we ourselves can control. So, what have I learned?

Factor I: Creating good conditions for yourself instead of arriving in a rush

I could have rescheduled the appointment I had taken earlier. Alternatively, when I realized that I was actually too stressed to sail straight away, I could have taken a few more minutes to calm down again. I was too late anyway.

Factor II: Obtaining information instead of being carried away by the wind

I really couldn’t change the wind. But I might have asked the sailing instructor what concrete effects this had on handling the boat. What we need to look out for. And I could have seen the weather conditions even more as a chance to sail under more realistic conditions. Because it wasn’t a storm. Experienced sailors probably cannot stop laughing.

Factor III: Make well-founded decisions instead of risking a nutshell as a boat

It might have been clever to clarify IN ADVANCE which new vehicle is approaching me. Of course, boats are different and have very different handling characteristics. Then I could have considered whether I would really like to try something new an hour before the exam, which might not give me the desired security, but rather a completely new challenge.

I can already hear some people thinking, „Oh, you have to grit your teeth. You don’t capsize that fast!“. Yeah, that’s what I thought, of course. Pull yourself together. Don’t give up. You have to make it! Sometimes it is possible to change the game at this point. But my feeling was clear: I want to go ashore now! In this case it is okay to sit down at the jetty and calm down again. And to arrange an alternative appointment on which hopefully everything will be fine!

So? Lesson learned! Next time I’ll do better.